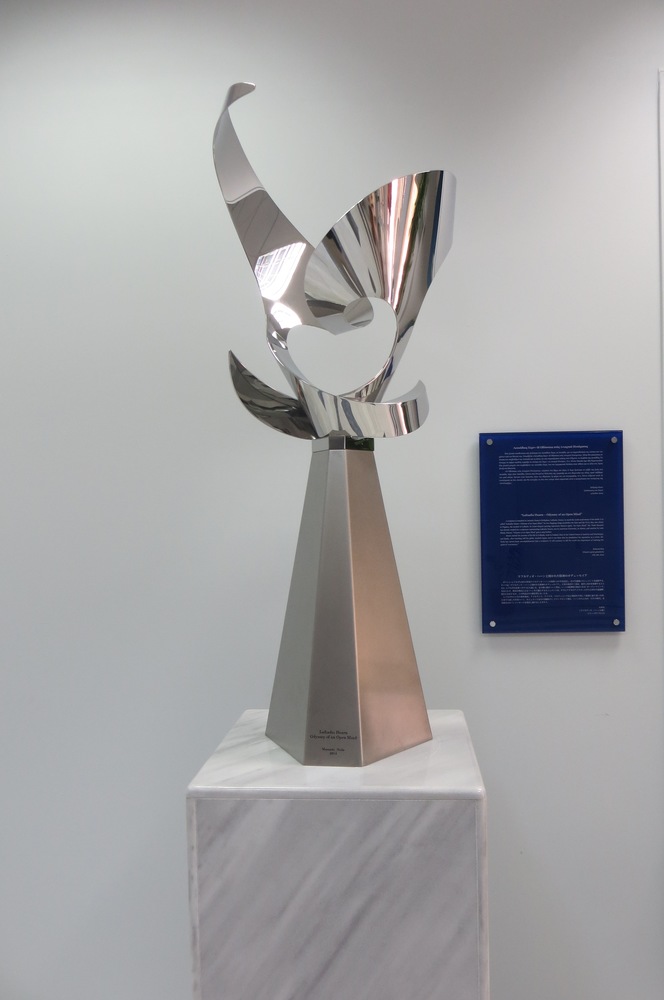 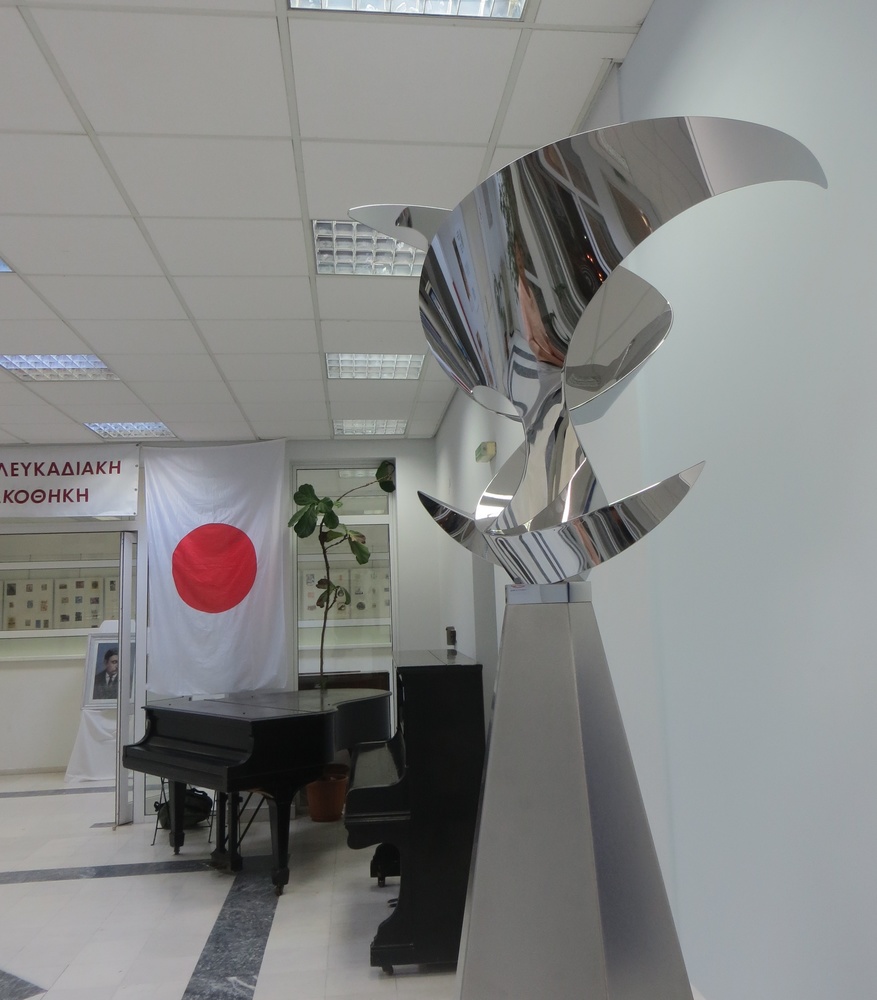 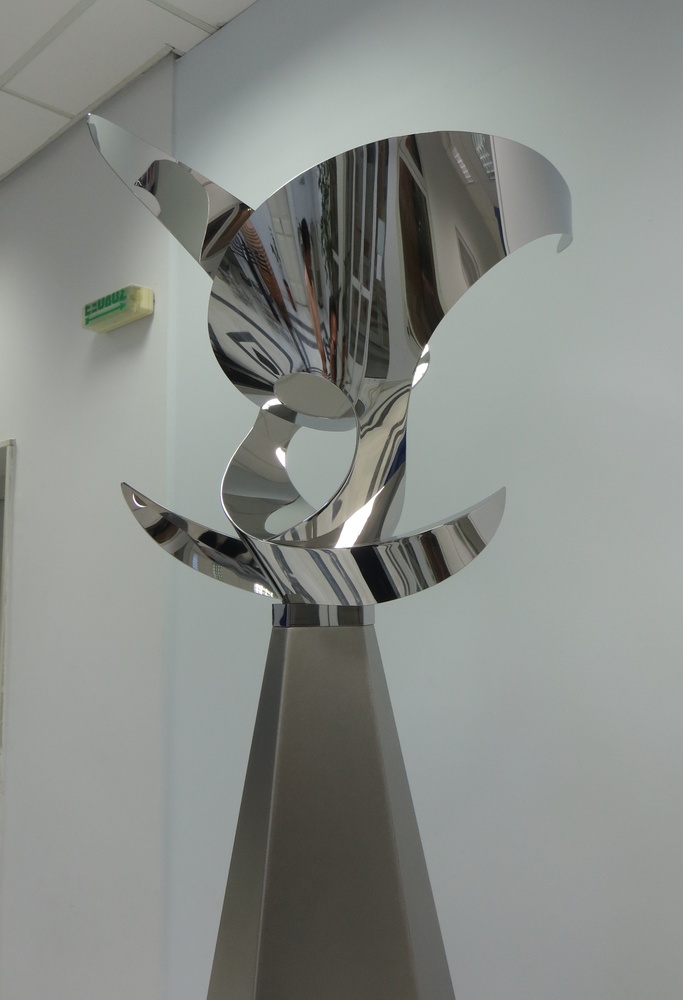 
On a few occasions in recent years, Mr. Noda has created sculptures that pay homage to the life of celebrated Greek-born author Lafcadio Hearn, whose beautiful prose continues to inspire a profound love and respect between Japan and Greece. This capacity to inspire is a trait that Mr. Noda shares with Lafcadio Hearn, as is evidenced by the deep admiration he receives wherever his thought-provoking artwork is displayed.

A sculpture is installed in Lafcadio Hearn’s birthplace, Lefkada, Greece, to mark the 110th anniversary of his death. It is called “Lafcadio Hearn—Odyssey of an Open Mind.” Its two wings symbolize the East and West; they also allude to Pegasus, the symbol of Lefkada. Its heart-shaped opening represents Hearn’s spirit, “an Open Mind.” Mr. Noda Masaaki has already created two sculptures representing Lafcadio Hearn, one at American University in Athens and another by Lake Shinji, Matsue, Japan.

“Odyssey of an Open Mind” goes a step further.

Hearn started the journey of his in Lefkada, went to Ireland, then to the United States of America and Martinique, and finally, after traveling half the globe, to Japan, and it was there that he established his reputation as a writer. Mr. Noda has carved these accomplishments into a sculpture. It will continue to tell the world the importance of realizing the spirit of “coexistence.”