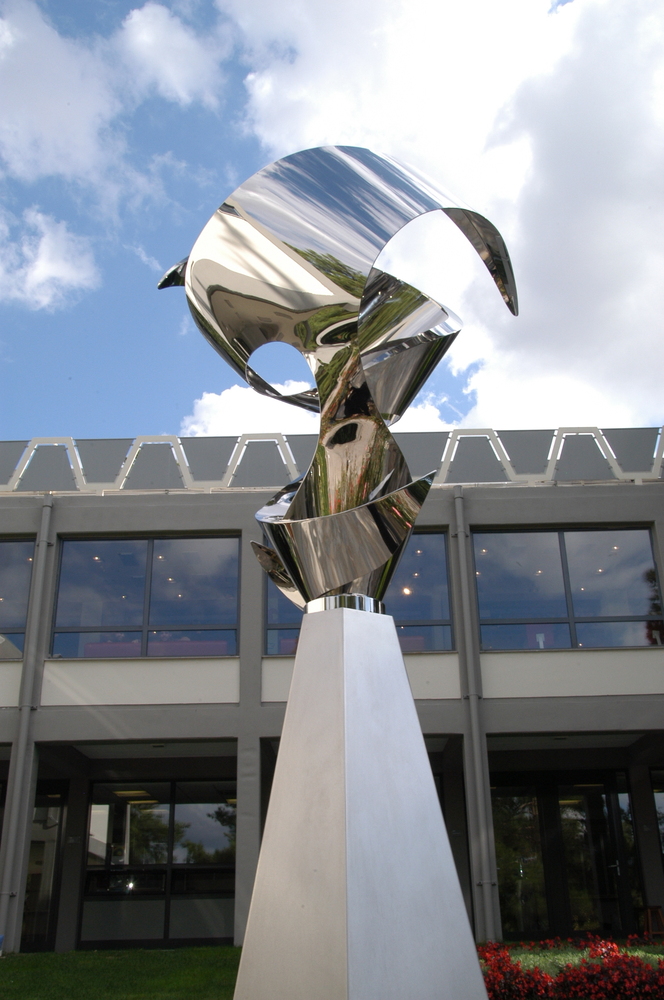 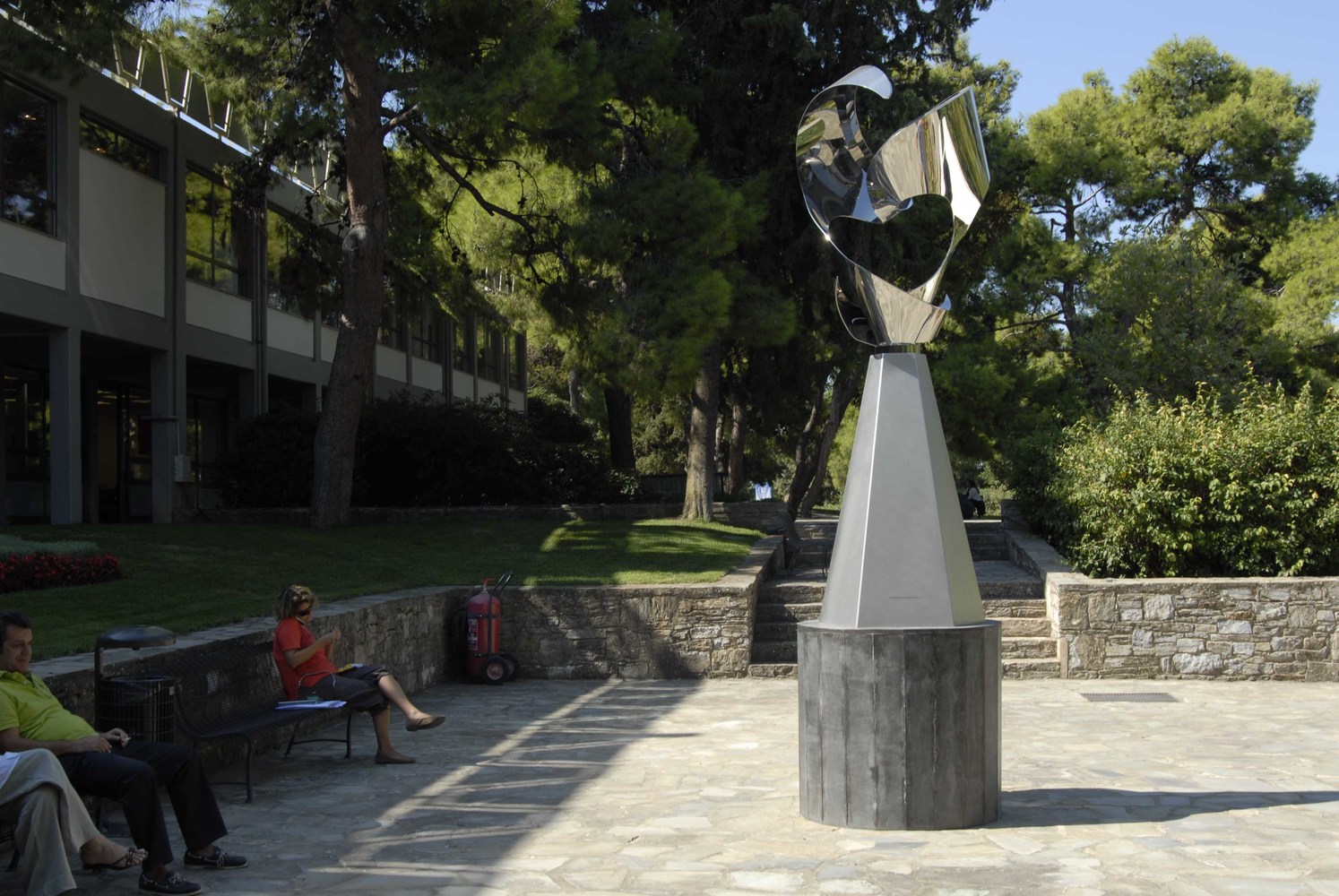 Until I met Mr. Masaaki Noda, I had no interest in “modern art,” what little impression I had of it being that it is chaotic and incomprehensible. But Mr. Noda’s works, be they two- or three-dimensional, made me feel mysterious, relieved, and comfortable. I felt as if they put my own chaotic mind in neat order. The works representing one of his motifs, “Perpetual Flight,” even encouraged me to live more positively.

“The Open Mind of Lafcadio Hearn” in Athens, Greece, is one of four sculptures that I have created commemorating Lafcadio Hearn, the Greek-born writer who adopted Japan and became the revered storyteller of Japanese folk tales. Go to this page for the background of Hearn and my sculptures. Lafcadio Hearn (Koizumi Yakumo) 1850-1904.