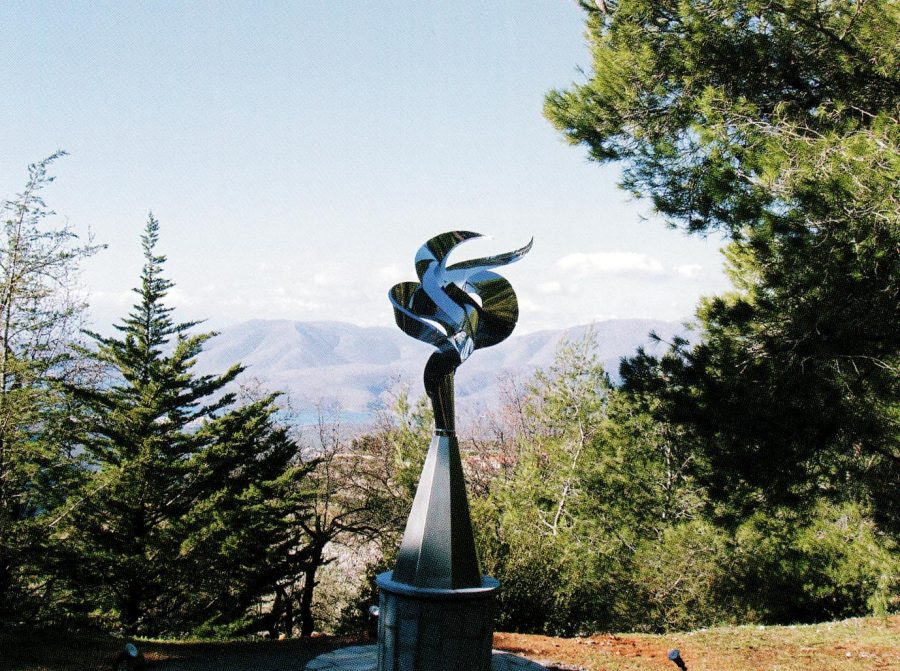 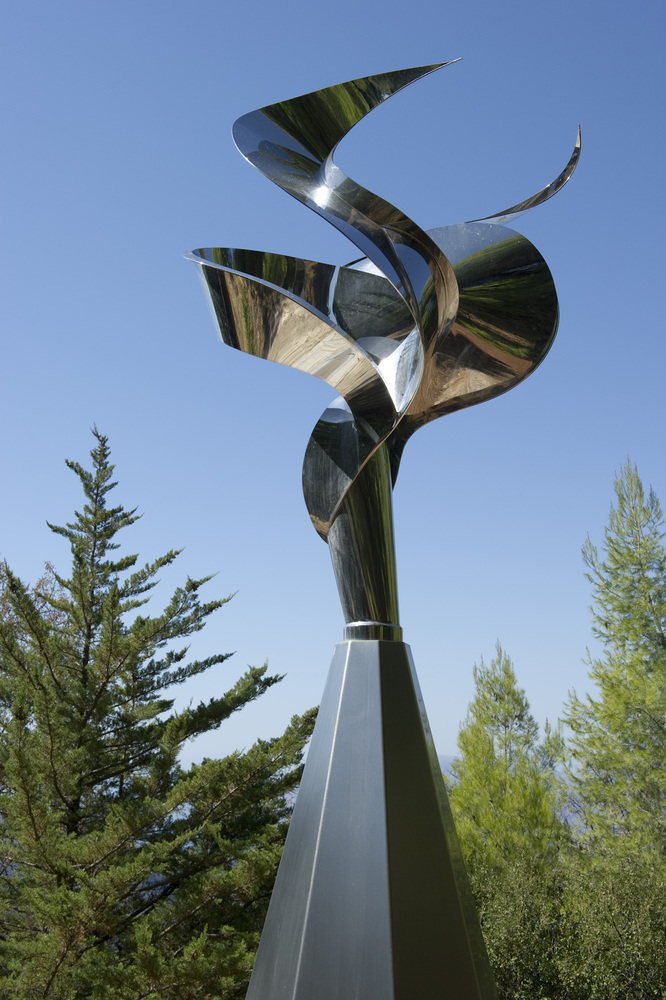 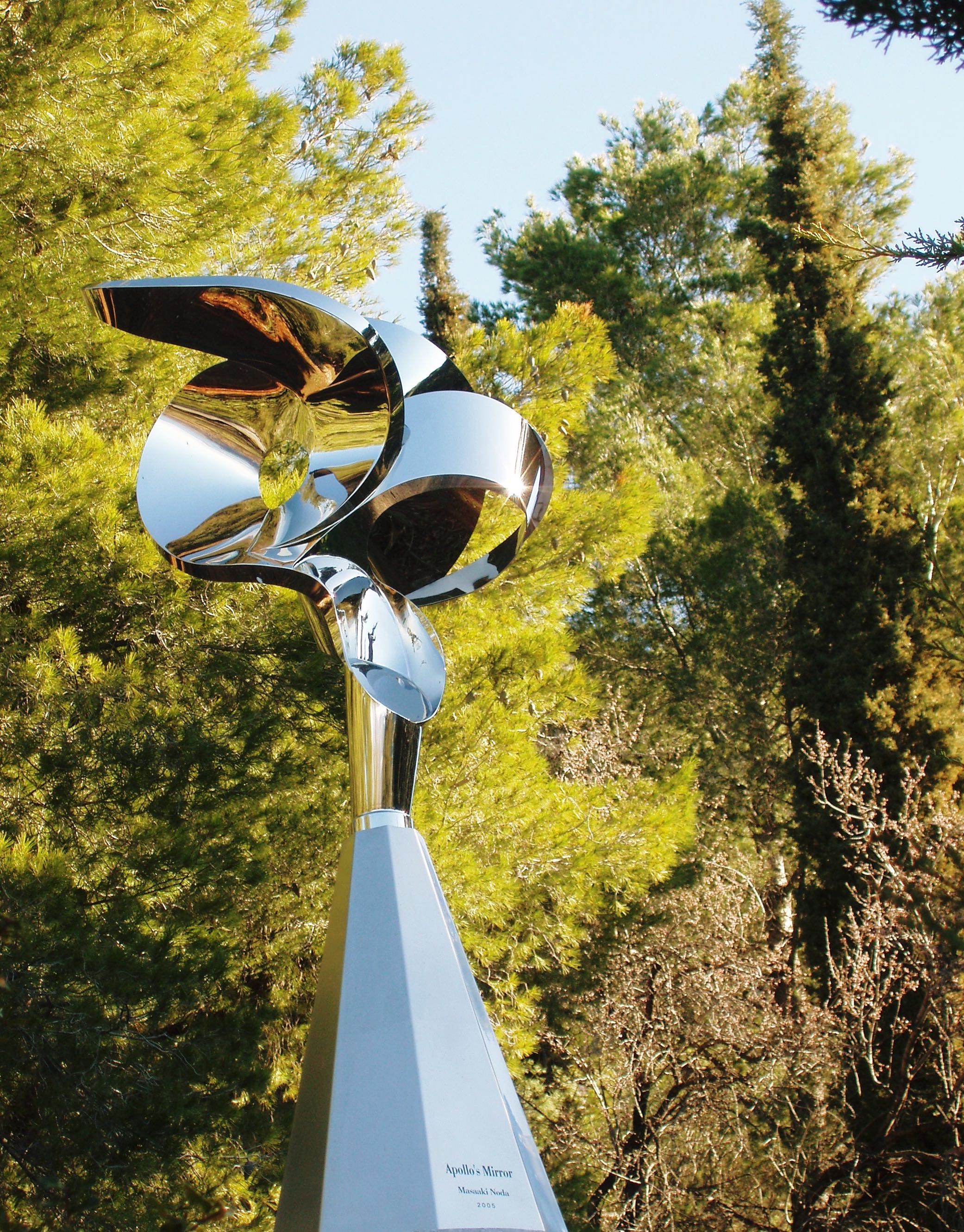 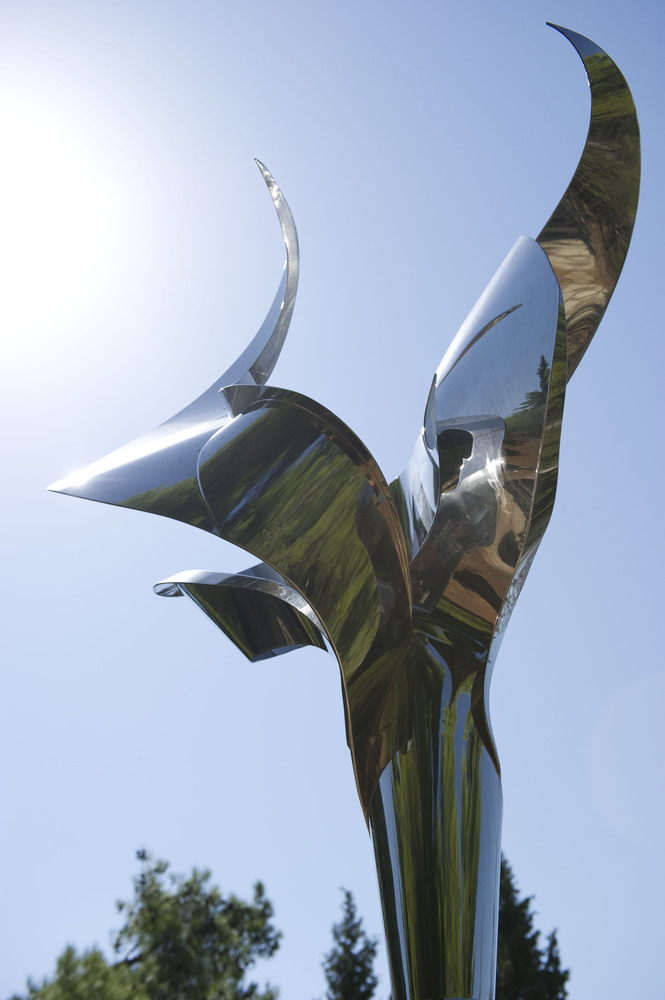 The work and the forms of Masaaki Noda blend harmoniously with the natural surroundings, but even more with the history and the cultural symbolisms of Delphi. Masaaki Noda comes from Japan where, many centuries ago, the forms of the sculptures of the Greek Apollo traveled to inspire the image of Buddha.

The European Cultural Centre of Delphi is proud that the work of Masaaki Noda will neighbor with the Delphic light, a work by the great Greek Sculptor Sklavos and considers that it will serve as another important symbol of the dialogue on culture, peace and justice in the world.

Christodoulos Yiallourides, Director of the European Cultural Centre of Delphi

“Apollo’s Mirror” was donated by Masaaki Noda to the European Cultural Centre of Delphi, Greece, with the support of the fabricator Noda Metal Working in Osaka, Japan, and other supporters to commemorate Lafcadio Hearn. Other supporting donors include Space Core Yogi, Taira Fujiwara, Seiho Wada, Japan Art Academy Association, and Hiroshi Niiyama. Takis Efstathiou was instrumental in arranging the donation. 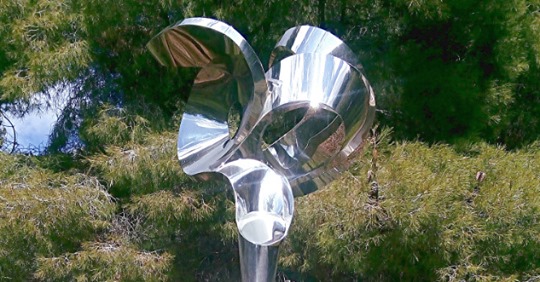