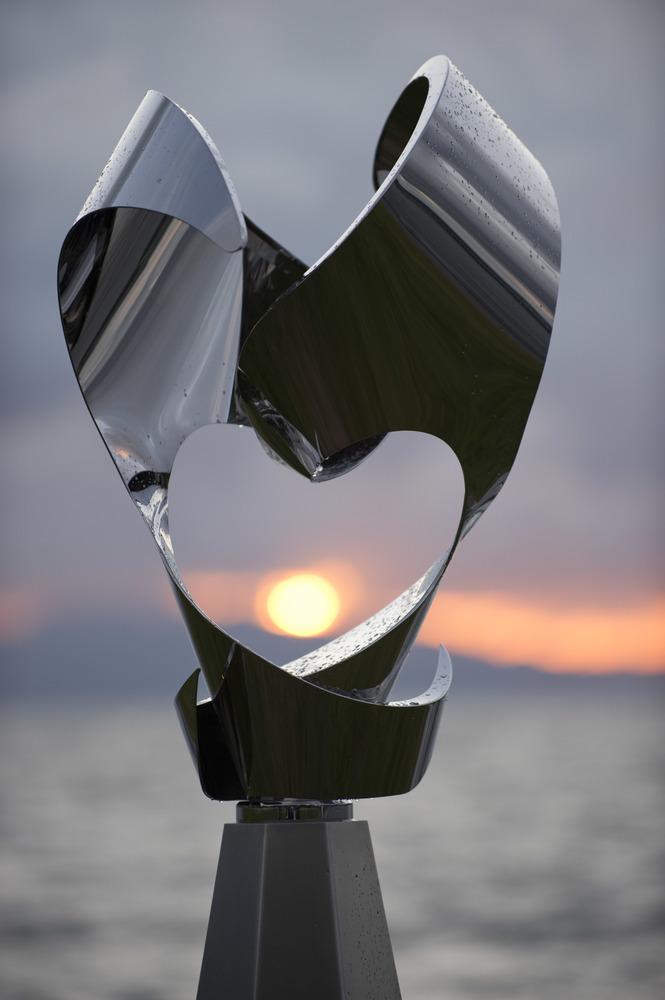 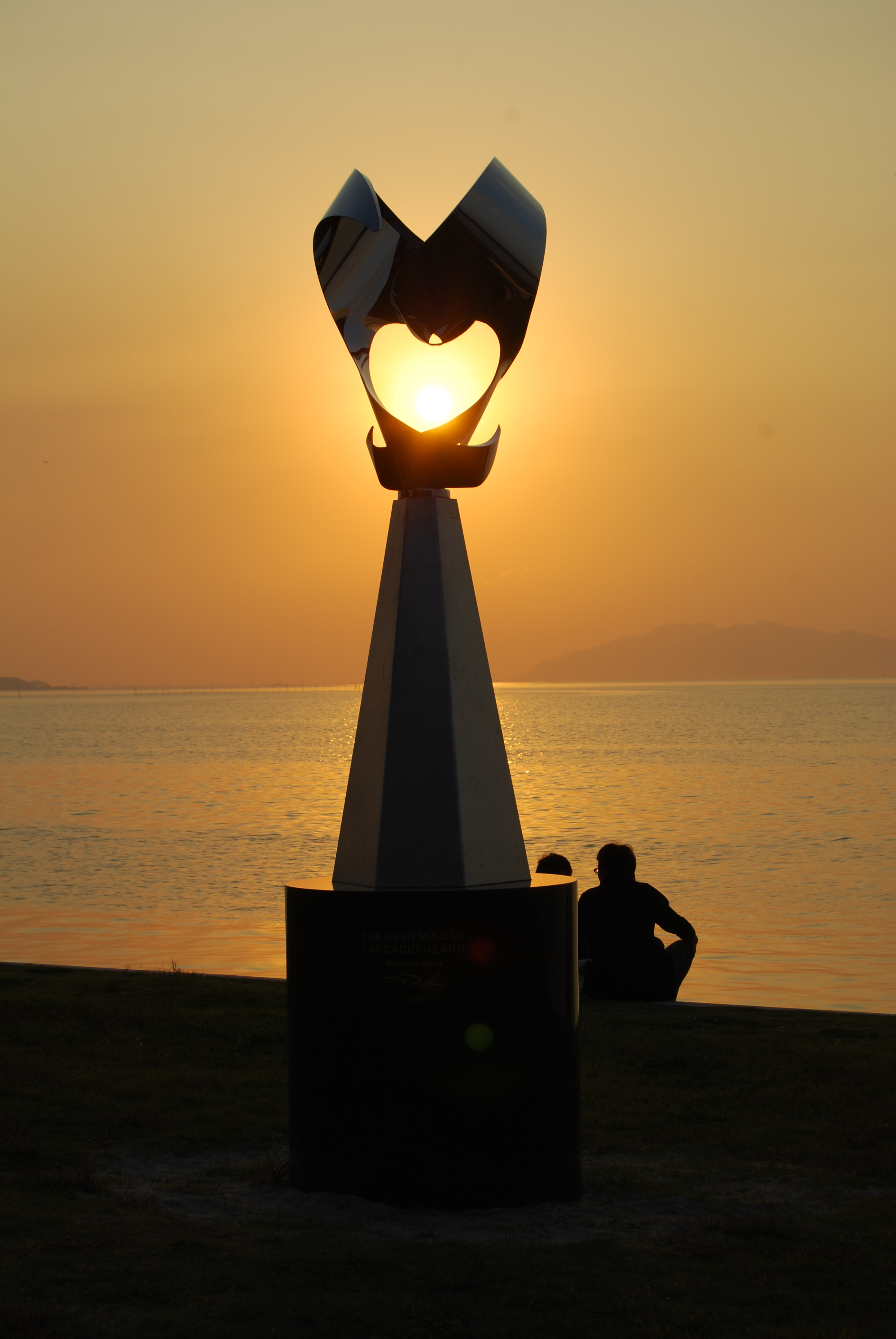 This is a sister monument of the monument erected in the American College of Greece in Athens, commemorating the 110th anniversary of Japan-Greece relations. Its multi-layered flow seems to express Hearn’s remarkable life, and its heart-shaped opening seems to symbolize his viewpoint of non-prejudice and the spirit of “coexistence,” which he valued.

Mr. Masaaki Noda, the artist who created this monument, has been drawn to Hearn’s world ever since visiting Lefkada Island, Hearn’s birthplace. He has donated his monument to pay homage to Hearn’s achievement’s: Hearn visited many countries and understood their local cultures and peoples. It also stands as a message to the next generation.

I hope this monument will be loved forever as the symbol of Hearn’s Spirituality.

Hearn sent out his writing about Japan to the world more than a century ago. Mr. Noda turned his spirit into a sculpture installed in Greece. Now that its replica is coming to Matsue, its citizens as well as the visitors to the city can fully savor the old Japan-Greece linkage in a universal art form that transcends the ages, in a model of expression that goes beyond different cultures and ethnic prejudices.