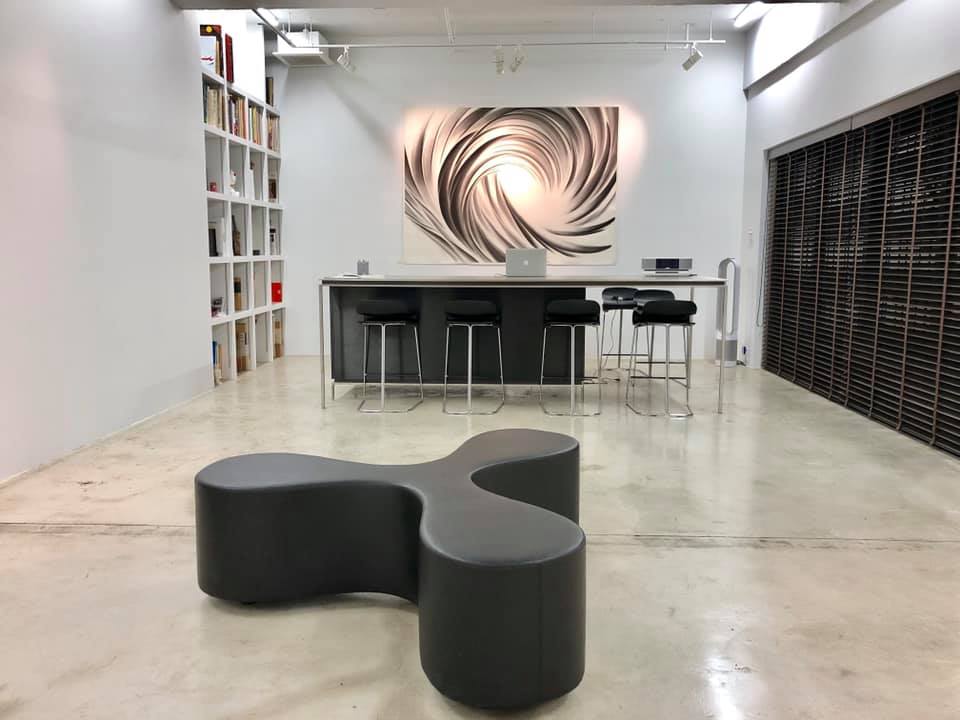 We held an exhibition of Masaaki Noda, a contemporary artist who lives in New York, in two venues of HIRO GALLERY. Entitling the exhibition in Ginza as “Spiral Interaction” and Izuokawa “Shift of Moment,” we introduced the fundamental concepts he had tried to express.

Masaaki Noda was born in Fukuyama, Hiroshima, Japan in 1949. He had moved to New York, the center of the art world in 1977. He studied in the Art Students League of New York as a scholarship student, and then he held a lot of solo exhibitions mainly in New York and all over the world. Many public artworks were realized by him, which are mostly stainless steel sculptures. They include the permanent monuments in the European Cultural Center of Delphi, that is next to the Temple of Apollo, Delphi, Greece in 2005, and the American College of Greece, Athens, Greece in 2009, and the Kishi Park, Matsue, Shimane in 2010. And a permanent monumental sculpture was installed in the Fukuyama station square in 2012, as the symbol of the Fukuyama city.

The thin, twisted, well-polished stainless steels vanish the borders between artworks, viewers, and spaces. It would be possible to say the works expand into the outer areas of the sculpture themselves. In the various two-dimensional works, there are the geometric forms which are the prototype of the statue. Vigorously drawn, the motifs are also called “swirling band of kinetic energy.”

We exhibited relatively new artworks such as constitutive watercolor paintings, acrylic paintings, and sculptures in Ginza venue, and the large drawings mainly in the 1980s and sculptures in Izu venue. We surveyed the central motifs of the artist’s whole career and the present expressions.

We introduced the world of Masaaki Noda, the artist who continues to be energetic in New York. Thank you very much for your attendance.